Dave Neary, Director of Developer Relations
28 Jul 2022
In our last article, we walked you through the simple steps to use an Ampere Altra instance on Oracle Cloud Infrastructure to add AArch64 to your build matrix for GitHub projects. In this article, we will look at building and distributing an AArch64 container with your program pre-installed.

For this tutorial, I used Podman, but the command lines work similarly with Docker. Those of you who have worked in containers for a while can see where this is going...


Looks like that worked! And when we run our container...

Oops. What happened? It turns out, making this mistake is a rite of passage in container development. 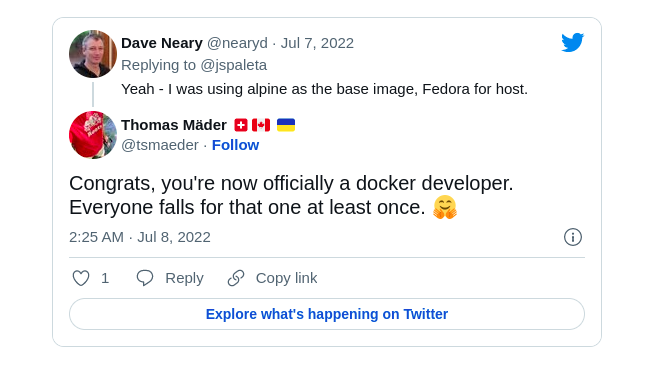 The issue is that a binary built on a Fedora host is compiled to dynamically link to glibc, while Alpine Linux is based on Busybox, and used musl, a small libc implementation intended for embedded environments in addition to desktops and servers. As a result, when we run our binary file in Alpine, the libraries it needs are not found, and we get the error message above.

We have a few options to rectify this.


It’s still simple, and it works! When we build a new container and run it with Podman, we get the familiar FizzBuzz output we expect. However, when we run “podman images fizzbuzz,” we see a problem:

Our small lightweight container just blew up from under 6MB to 192MB! It’s not that surprising, considering that we just installed GNU Make, and the entire C and C++ development stack, but still! Is there a way to copy our newly built executable back to a small image?


But our problem of image size is nicely resolved! After moving to a multi-stage build, our container images are back to a manageable 5.84MB:

We are now ready to start building on our custom runner in a GitHub action. We are going to use the Docker stack which is pre-installed on the GitHub “ubuntu-latest” hosted runner, and we will use Podman on our self-hosted AlmaLinux instance on OCI.

Once we have added a Dockerfile to the repository, GitHub Actions helpfully suggests a “build a Docker container” action when we choose “Add a new workflow”: 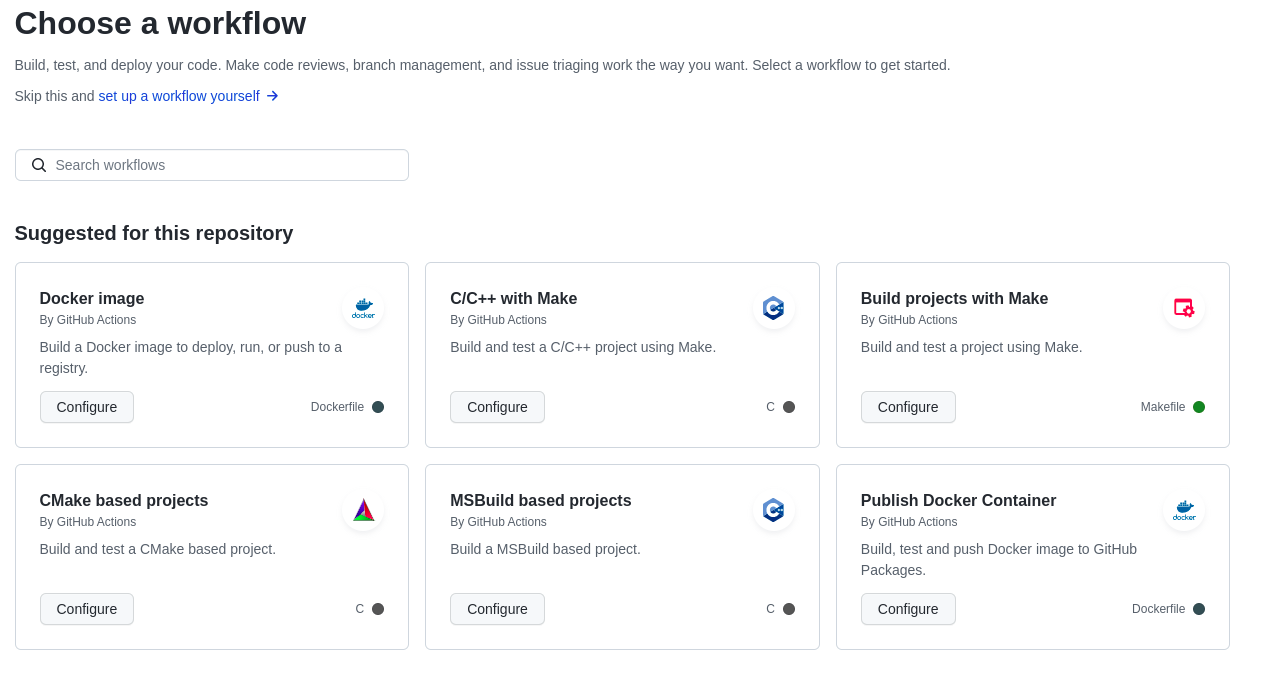 Our own Docker image workflow looks like this. There is quite a lot of duplication in the new workflow file, because we are using a different toolchain on each runner. Unfortunately, there is no easy way to create a build matrix which indicates which container runtime and builder to use for different hosts, while sharing the rest of the actions.

After installing the Podman and Buildah tools on our runner, we finally have our container building natively and running on two different operating systems, after every push to GitHub! If you have made it this far, congratulations! There are a few next steps we could take to improve this further such as:

However, building out a CI pipeline further is beyond the scope of this article. Building out CI and CD on top of Ampere processors will be the topic of a future article series.

Many thanks to the Podman community, the very comprehensive GitHub Actions documentation, and the fine container development folks from Twitter for your assistance with some beginner questions.

We’re unlocking the creativity of the development community and matchmaking it with our world-class processors. We invite you to learn more about our developer efforts, find best practices, insights, and tools at:

To keep up to date with news and events, and to hear about our latest content as it is published, sign up to our developer newsletter.