Automotive Innovations at CES 2023: The Need for Cloud Native Processors at the Edge 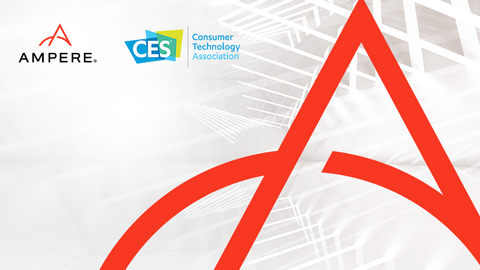 Jeff Wittich, Chief Product Officer
11 Jan 2023
Given the industry’s increasing need for rapid innovation, CES has become the premier automotive show for the latest vehicle technologies and what to expect in future cars. This year, hundreds of exhibitors unveiled their latest technology and products.

With the automotive industry’s move to electrification, software-defined vehicles, and autonomous driving, the vehicle’s computer architecture is changing. One aspect of this is the movement to multi-core Arm64 compute. Ampere has the solution to meet these new demands with its Cloud Native Processors, which have up to 128 cores and are used extensively by cloud providers and server OEMs such as HPE and Supermicro. As the cloud and Cloud Native methodologies become a part of almost every compute environment, the opportunities to leverage Ampere processors continues to expand. In this case, by utilizing the Arm ISA, the Ampere® Altra® family processors provide an execution environment compatible with the multi-core Arm embedded system ECUs (Electronic Control Units) used in vehicles and other devices across the embedded and automation industries from robotics and satellites to Smart IoT.

The Ampere Altra processor provides a much larger scale – up to 256 cores per node, 1,024 cores per server – that allows for hundreds of Arm64 devices to be efficiently emulated and tested at large scale. The value to developers and infrastructure providers is the ability to develop and test software, validate their designs at scale, and deploy to target end devices all while staying inside the code, ISA, build and verification tool chain native to their Arm ecosystem. Within the industry, this environmental equivalence is called “Native Parity”. The benefits of native parity are many: from streamlined designs yielding faster time to market to native execution for apples-to-apples comparison and debugging to the avoidance of toolchain issues and idiosyncrasies. These all translate into lower cost and faster time to market.

Cloud Native @ the Edge
Cloud Native methodologies are migrating to edge use cases rapidly or, better yet, those use cases are beginning their life as Cloud Native from the outset. Many exhibitors demonstrated solutions leveraging Ampere Altra platforms including: 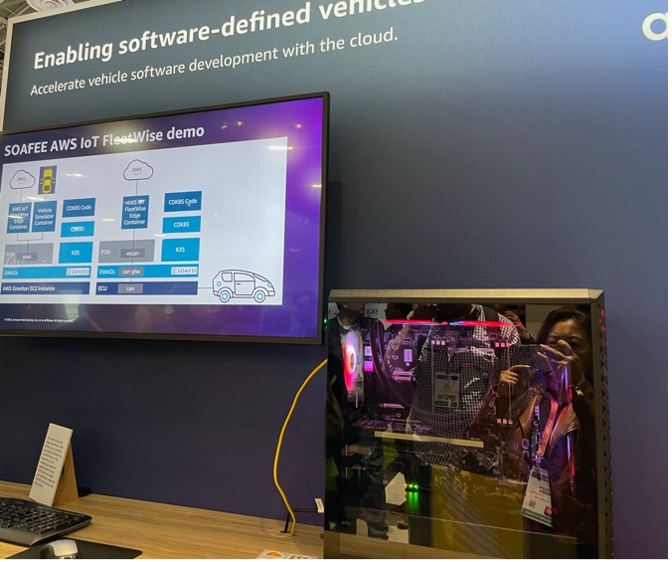 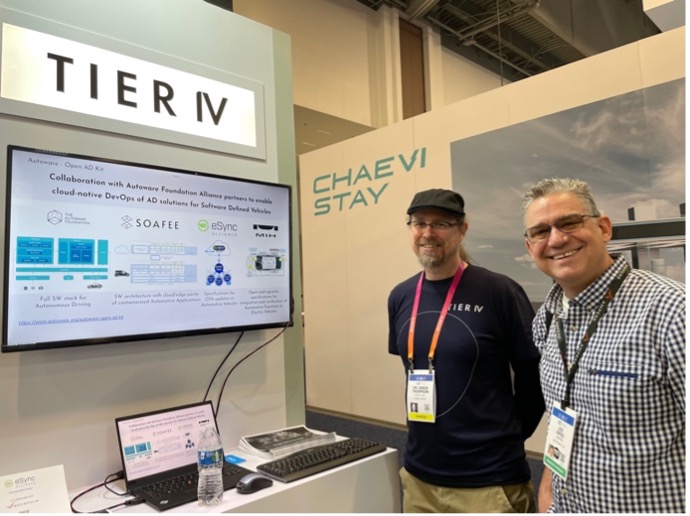 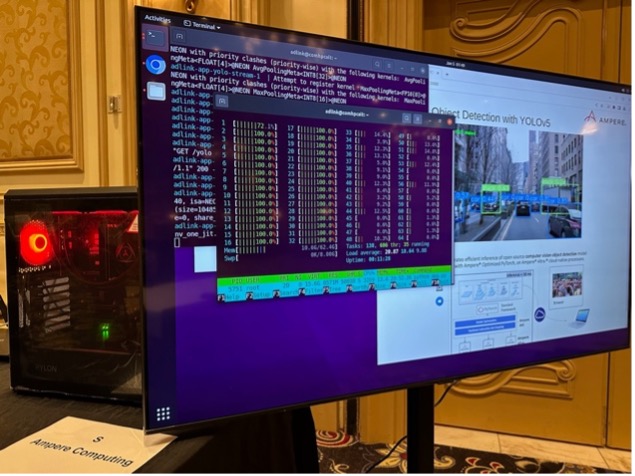 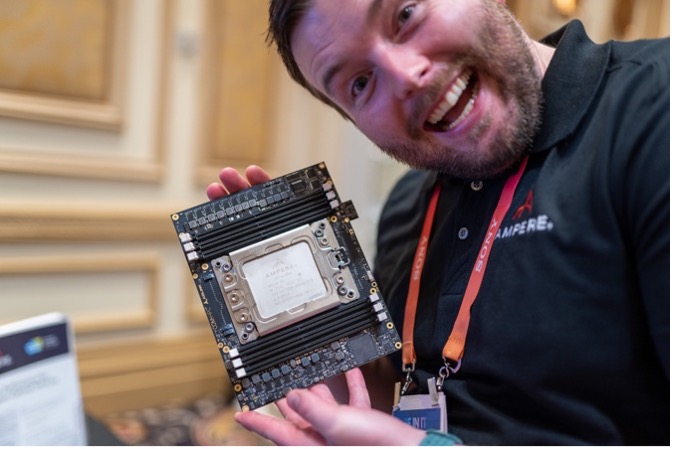 A reoccurring theme in dozens of discussions at CES was that automakers want more. More cores. More PCIe lanes. More memory. More energy efficiency which means better thermals. More of everything. We’re learning that 128 cores and 128 lanes of PCIe simplifies the vehicle’s compute architecture, collapsing the functions of many discrete systems into a single processor. This is also true upstream of the vehicle for the CI/CD DevOps, Hardware-in-the Loop (HiL) testing, in-vehicle especially for R&D engineering mules and specialty vehicles, and downstream of the vehicle with the roadside infrastructure and connected car clouds.

Native Parity is the Sustainable Choice
Automotive software development was not done historically on Arm-based platforms due to the lack of a pervasive, stable and performant platform. The power efficiency of Arm-based devices has become the choice for power constrained systems, particularly those running off of battery power. The evolution of back end, upstream devices for development and cloud-side synchronization, backup and edge support functions has naturally gravitated to the Ampere Altra Platform to benefit from the same power efficiency but at a couple orders of magnitude higher performance. As software-defined vehicle becomes the default, the industry is shifting to ever greater software services, device automation, monitoring and management — all of which will require more compute cycles in the vehicles and supporting infrastructure. This demand for compute is best accomplished via a power efficient infrastructure to maximize compute density and power efficiency and move compute closer to the vehicles in a variety of more power constrained environments. Ampere Altra and Altra Max processors deliver a 3x advantage in compute density and performance at scale vs legacy x86 systems. As a result, the Cloud Native Processor has begun to enable a more sustainable and power efficient infrastructure at scale.

The automotive industry’s transition to Cloud Native will be scaled efficiently just as it has by many other compute-centric industries such as healthcare, industrial automation and manufacturing, logistics, environmental and agricultural sciences, and research and development. At Ampere, we are single mindedly focused on the path to this sustainable future paving the way for future innovations built on a sustainable platform that will deliver compute to our industries responsibly and economically. This week at CES 2023 we saw the automotive industry shine a light on this future with acuity. There are so many more examples in the same stage of evolution. Reach out to us or visit us here to learn more about getting to native parity, and the benefits of the most efficient compute architecture for building a more sustainable future.